The North Fork Big Thompson and the Bulwark Ridge (Signal Mountain) trails out of the Dunraven Trailhead are two trails that I have run many times, but always in out and back fashion. A few weeks ago, I finally hit both of these trails in a single loop. The "big loop" was about 30 miles and took me all the way to Pingree Park. Hoping for a shorter loop option, I decided to explore the unmarked trail that extends from just about a half-mile up the Stormy Peaks Pass Trail from the North Fork Trail (about 2 miles South of the pass) over to Signal Mountain. This trail is shown on old USGS topo maps, but not on any recent trail maps. There are also no signs indicating this trail option.

The start of the trail from the West is easy to find, just take a right at the first mileage sign (7.9 miles to Pingree Park?) near the top of the steep switchbacks heading up toward the pass. The first half a mile of the trail is easy to follow. I lost the trail when it reached a meadow at the headwaters for Pennock Creek. Instead of spending much time looking for the trail, I just headed straight toward Signal Mountain in hopes that the trail would come back to me. I would have been better off trying to maintain the top or close to the top of the ridge, as I dropped down too low toward the valley and got into some rough travelling. I ascended back up the ridge and did find the trail again, only losing it slightly a couple times after that. Luckily, quite a few cairns have been placed along the trail to guide the way. The trail opened up too many great views in all directions along the way, eventually climbing up above treeline on the approach to Signal Mountain. After about 4 miles, I hooked up with the Bulwark Ridge Trail on the saddle between Signal and South Signal Mountains and made my descent back to the Dunraven Trailhead. The total loop is about 17 miles with a just a little under 4000 feet of climbing. I'm sure that I will be back to do this loop many more times (in both directions) and eventually should have little problem following this great connector trail. 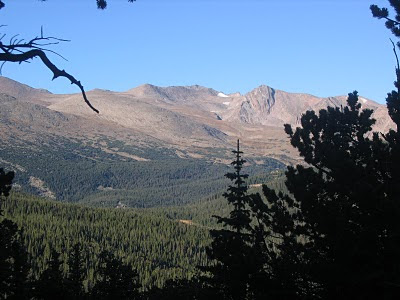 The view to the West (The Mummy Range) 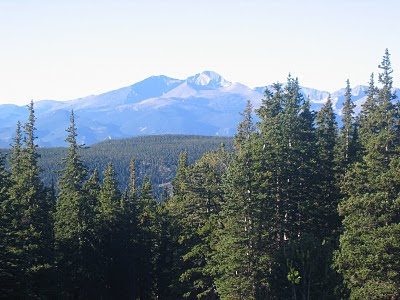 The view to the South (Longs and Meeker) 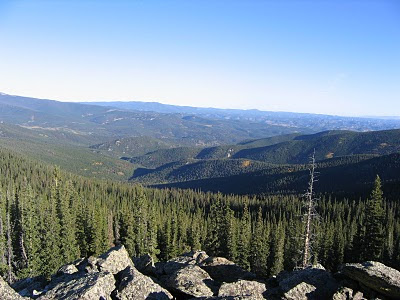 The view to the North (Pennock Creek Valley) 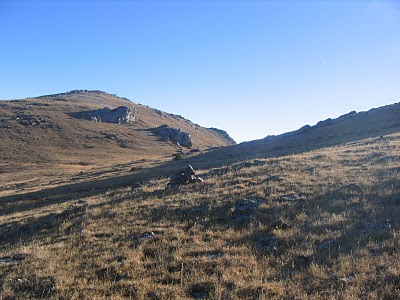 Approaching Signal Mountain around the North shoulder of South Signal
Posted by Rob at 8:10 PM