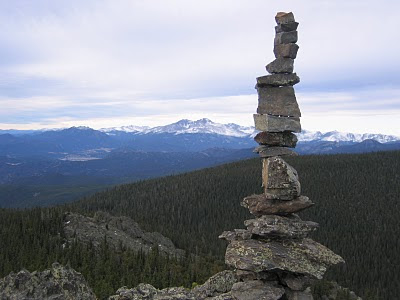 I did some serious vertical this week for some more scouting of potential trail race routes. Almost all of the trails I ran today were for the first time. About a 3000 foot climb up from Miller Fork to Donner Pass and the summit of Lookout Mountain (10626 ft), although I did inadvertently summit the wrong peak just East of Lookout Mountain first. I then dropped down about 2000 feet to scout some trails around Crystal Mountain. I didn't summit Crystal today, but by the time I climbed back over Donner Pass I was kind of glad I didn't. I was unsuccessful in finding a different return (Indian Trail) back to Miller Fork so I came back the same Donner Pass Trail. Still need to do some more scouting but that makes a good excuse to come back. It looks like the virtually snow-free trails I ran today will not be that way after this week.
On another note, registration just opened for Hard Rock next July. That is the goal race for next year if I am able to get my name drawn.
Today's run (and hike):
17 miles with 4900 feet of climbing
GPS data here
More photos here 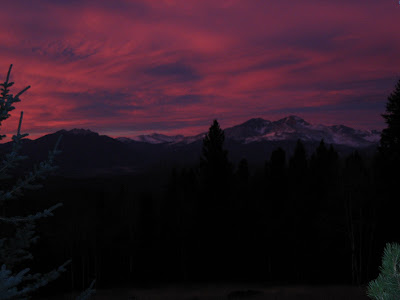 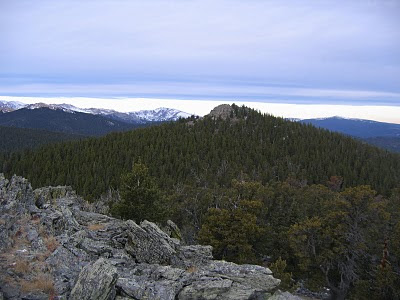 Lookout Mountain as viewed from unnamed peak East of Lookout 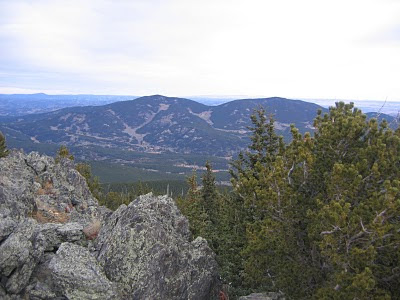 East and West White Pine Mountains to the North of Lookout 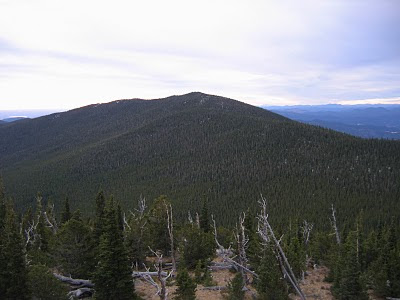 Crystal Mountain to the East of Lookout 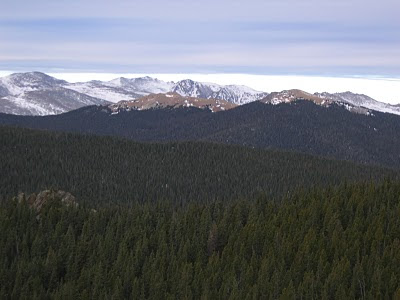 Signal Mountains and the Mummy Range to the West of Lookout
Posted by Rob at 2:46 PM