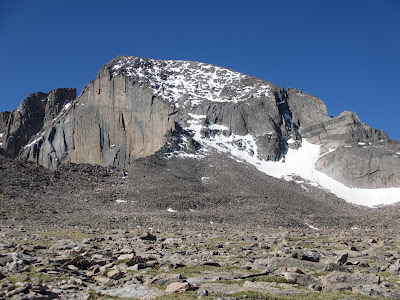 Yeah, I know it is almost summer but for the many times I have summitted our local 14er, I've never been to the top before mid-July (or after mid-September).  The Keyhole Route is actually all clear up to the Keyhole with some ice and snow to navigate on the last mile to the summit.  The Trough being the worst of it.

The mountain is certainly climbable without ice climbing gear.  I did talk with a ranger up scouting the conditions and he said he wouldn't attempt the Loft Route yet without crampons and an axe.

So I ended up making a decent push up to the Keyhole (exactly 2 hours), but was well over 2 hours round-trip from there to the summit and back, including some time up there soaking it all in on a beautiful morning.  Almost 6 hours total for the trip.  I took it pretty conservative up and down the Trough so not to end up a pancake some 2000 feet below. 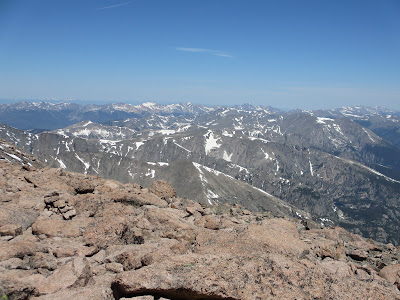 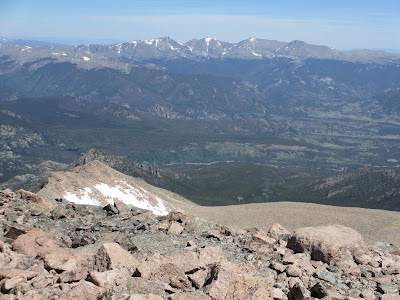 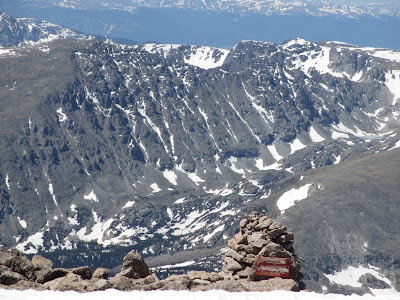 As I was slogging up the Boulder Field, I happened to glance up and made a Krupicka sighting.  Tony must have been testing some New Balance hover shoe prototype because I swear he was floating over the boulders.  He was making it look way too easy.
Posted by Rob at 7:25 PM