Back to the Wilderness 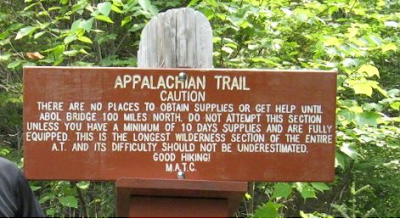 Where: Hundred Mile Wilderness of the Appalachian Trail, Maine

Crew: A clan of Maine-iacs who know their way around this trail better than anyone

This "run" has been several years in the making.  An idea that surfaced the last time I stepped foot on this section of trail where I grew up.  That was 2007, the year I got hooked on trail running and the last year I owned a pair of road shoes.  Fresh off my first Pikes Peak Marathon that summer, I tackled 17 miles of the Wilderness through the rugged Chairback Range.  It "only" took me five hours and still remains one of my favorite trail running memories.

In 2007, I did not know of anyone taking on the Wilderness in one non-stop push.  It has just been over the past few years that the local media reported it being done in such a manner.  In 2011, Ryan and Adam from New Hampshire completed it in 30 hours and 48 minutes, the current FKT (fastest known time).  Adam posted a nice report here.  His advice to me, "do not underestimate this".  Isn't that what the sign says?

I'll be wearing a friend's SPOT tracker, so you can follow the fun here.