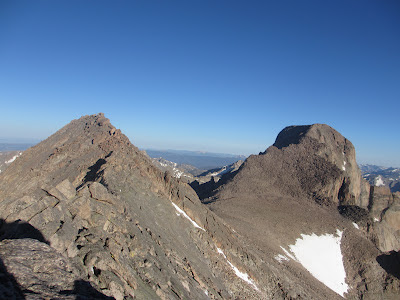 I didn't know I could fly until today.  The winds were literally lifting me off the ground at times.  After having my fill of Longs Peak and the Keyhole Route already (it did land me a nice new blog header pic courtesy of a recent RMNP trail condition report), I decided to take on Longs sister peak, Mount Meeker.  From Chasm Lake, I headed up through the Iron Gates to Meekers northeast ridge.

The Iron Gates were like a wind tunnel with gusts unlike any I have ever experienced up there before.  After gaining the ridge I made the quarter mile or so scramble up to Meeker's eastern summit which can't sit more than 10 or 20 feet lower than the true summit (13,911 feet) to the west.  My plan was to hike the knive's edge between the two summits and then return via the Loft.  There was no way I was crossing through that exposure today.  I probably would have been launched somewhere across the Wild Basin.  So I just returned back down the Iron Gates, picking the trail back up by Chasm Lake.  Running down from Chasm Lake, now with an incredible tailwind, I got airborne several times.  It was kind of fun except I didn't always land very well.  I haven't got this bloody from a run in quite a while.  Really rolled my left ankle hard once and it's sort of looking like a watermelon now.  Oh well, almost 4 weeks until Hardrock.  It will be fine.  I would say all of the routes around the Longs Peak Massif are up for the taking now.  Let the fun begin.

The High Park Fire isn't going away any time soon.  Thanks to all the firefighters who are working their butts off under the toughest conditions imaginable.  Today's 95 degrees and wind ain't helping.

Here are some assorted pics from the day: 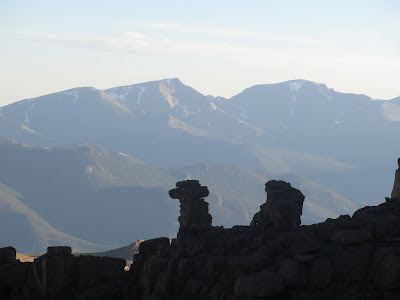 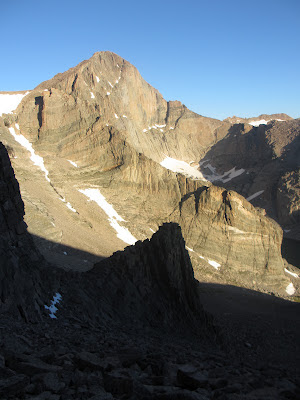 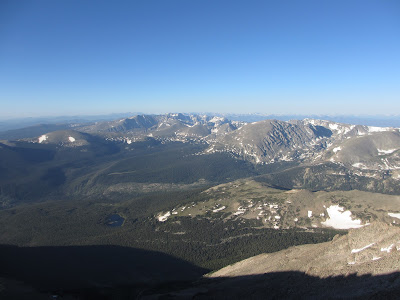 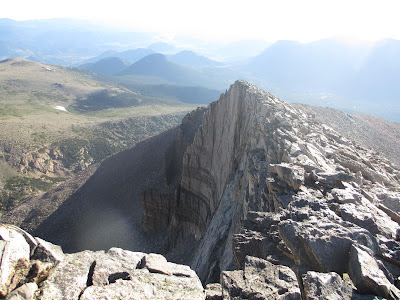